This second one advanced in every way, so there was much more work to do too. We were falling appart from work done, but it was totally worth of it!!! It was far from being perfect. We will probably never achieve that, but we always lean towards better. However, some things went very well. For the first time ever some race happened on the new quay. I am still in love with it, no matter how often I run there. During preparations for the event on the race day I drove down the street and I saw the fences and flags with the marathon logo I got goosebumps…

There were many online registrations, many more came on the event day. We had minor technical problems, resolved them on the fly so everything turned out fine. Did the race center pass? I’d say yes, but I would like to hear a second opinion. There was some crowd, but that is the thing with large events 🙂 At least everybody started on time! Starter’s kit raised a bar for all race organizers in Serbia. I hope the bags are going to be of good service to all of you. We tried hard to be good hosts and our friends from the band Dream Epic, cycling clubs NS Bike, Elite, Cycling union of Vojvodina, ATB Serbia, OAK Novi Sad, Kendo club Išin, Capoeira academy and NS Rolers helped a lot with that!

It is huge pleasure to say that the event was larger than the last year. We had 304 registrations in all three races: It is also huge to see more people from Novi Sad joining the race! During other club’s show the track was prepared. Minimarathon start had to be postponed 2 times and it finaly started at 21:10. Cyclists from NS Bike lead the race and runners followed to the fast and crazy 5km 🙂 The best Serbian triathlete Ognjen Stojanović from TK Dynamic won the race in time 15:23, 2. place Živan Miloševic from AK Cer from Šabac 17:05, 3. Jovan Ponjevic from PK Vojvodina 17:10. Volunteers did a great job and our citizens were lovely. Thank you Novi Sad!!! After the minimarathon start, Kendo club Išin went out in samurai clothes and demonstrated this beautifull and ancient martial art. They required absolute silence for the show. At first, after the band, the silence was deaffening, but very soon the yells of fighters were ripping the night sky. Bamboo hit the bamboo. Dream Epic returned after the break and continued until the start of the marathon. Big group of cyclists fully dressed rode the race track, while the president of the Cycling Union of Vojvodina Nebojša Subić narrated.

Samba drums filled the air with energy. People were sharp and drums didn’t get any less loud. Before the cyclists were back the 2. Night marathon started!!!

After that Capoeira Academy from Novi Sad took their turn. Music went quiet again, and Capoeira drum took over, while everybody else clapped in the rythm of the drums. Meanwhile the runners completed the first lap. Rollerbladers from NS Rolerijada buzzed around and gave around the fliers about their events. Not long after the winner of the halfmarathon crossed the finish line! The fastest runner from Novi Sad – our Uglješa Nikolić!

The night was fresh, so we lighted a fire that lasted until dawn, when the last runner crossed the finish line. Impression? Hard to describe. The one thig we all had in common was the fatigue and a smiling face 🙂 We made a deal on our last meeting: the day ater tomorrow we are starting preparations for the Third! Results:

In case of remarks write us kontakt@nocnimaraton.rs 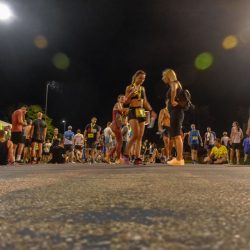 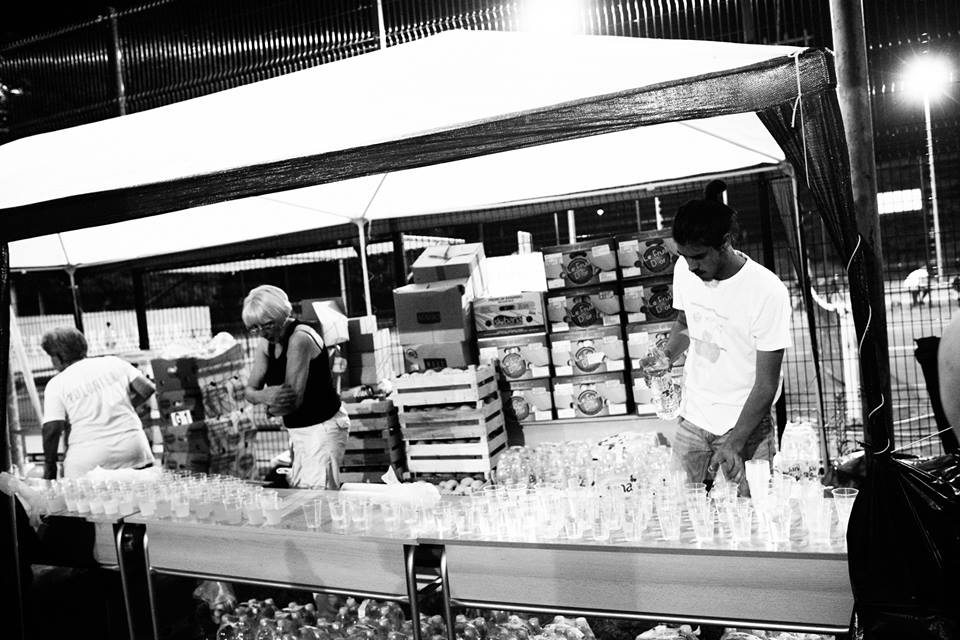 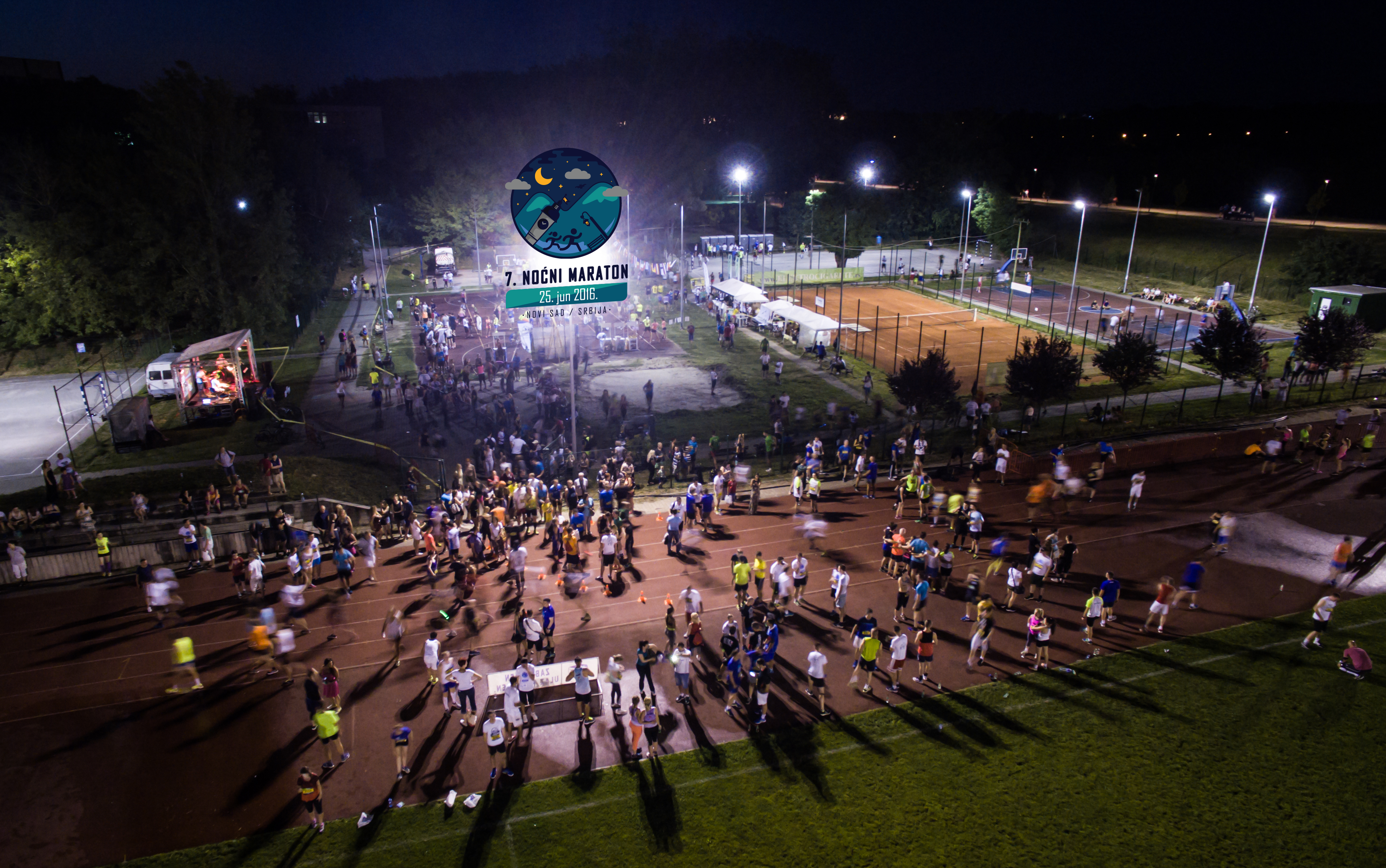 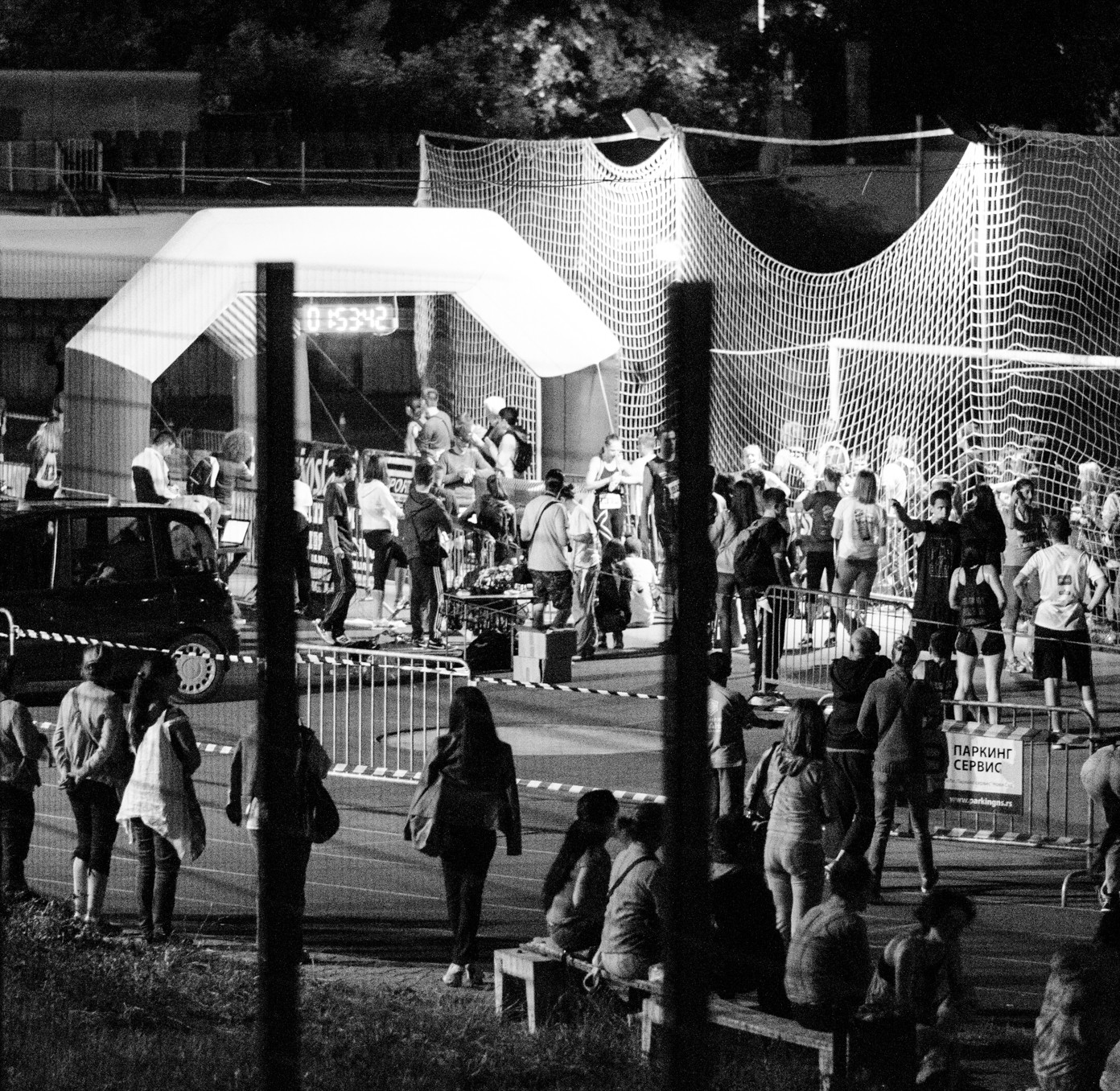